Xinjun Zhang received his master’s degree from the Central Academy of Fine Arts (CAFA), Beijing/China. In his works, he focuses on installation and performance art, often using multimedia devices. Since 2012, Zhang has hosted exhibitions and performances utilizing »unstable spaces« near his residence, including I am Close with Your Husband, an installation in a deserted villa in the outskirts of Beijing, the performance Rolling on the Railway, and a performance executed on the day he opened his studio to the public. In 2011, during an artist residency in Vienna/Austria, Zhang invited local artists to plan, perform and present the exhibition Sauna at the site of the residency. Along with artists from Portugal and Brazil he presented Never Mind the Space Between Us in 2014, an international exhibition in Rio de Janeiro/Brazil, Lisbon/Portugal, and Beijing. His works were also exhibited at solo shows, such as at Telescope, a nonprofit space run by James Elaine in Beijing. He was part of the show You can only think about something if you think about something else at the Times Museum, Guangzhou/China, and of the 2nd CAFAM Future Exhibition at the Central Academy of Fine Arts, Beijing.

For the piece Woodssleepingbags he invited friends out on a cold night in the woods close to his home. There he surprised them with an uncanny double of his own living space (a bedroom and a toilet) made out of sleeping bags: The Room Next to Anus. Later he moved the piece from the forest to the CAFA Art Museum, Beijing, to display it in a different form.

Recently, he went into the woods to find a hole inside a dead tree. He made a cast of the hole and enlarged the shape with the help of geometry and mathematics to present it in his solo show Folds (2015) at Gallery Yang, Beijing. In the same year, he received a fellowship from the OMI International Arts Center, Ghent, NY/USA. Zhang was a fellow in the field of Visual Arts at Akademie Schloss Solitude in 2016. 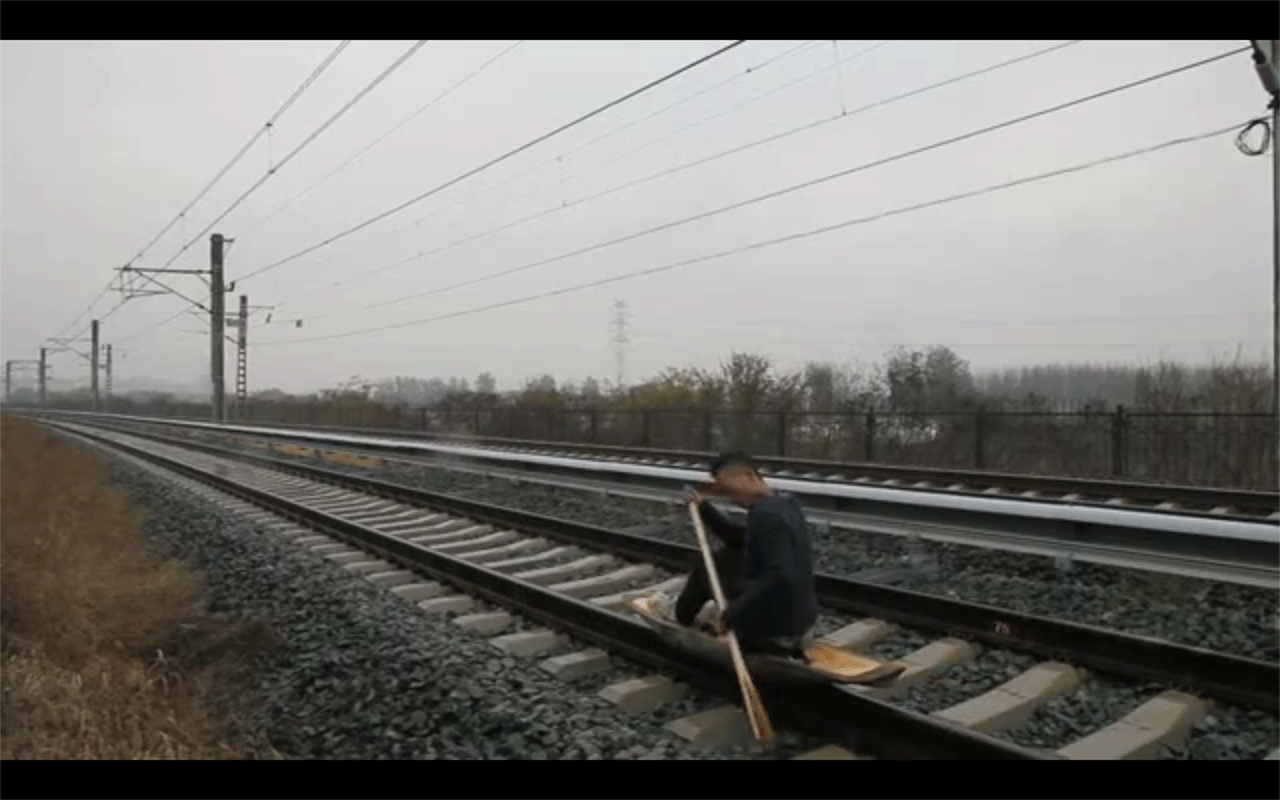