Nancy Adajania is a cultural theorist and curator based in Bombay, India. Her book, The Thirteenth Place: Positionality as Critique in the Art of Navjot Altaf, which combines an art-historical perspective with a politics of culture approach, was published by The Guild Art Gallery, Bombay in 2016. Her monographic essay, »Obey the little laws and break the great ones: A life in feminism,« was recently published in Arc Silt Dive: The Works of Sheba Chhachhi (Tulika Books and Volte Gallery, 2016). She has written extensively on the works of four generations of Indian women artists over the past two decades. She was joint artistic director of the 9th Gwangju Biennale, Gwangju, South Korea in 2012, and has curated a number of exhibitions, including No Parsi is an Island (National Gallery of Modern Art, New Delhi, India, 2016), which retrieves artistic positions that have been marginalized from canonical accounts of Indian art history, as well as a cycle of video art for Sights and Sounds: Global Film and Vide (Jewish Museum, New York, USA, 2016). In 2014, she curated the hybrid exhibition-publication project Sacred/Scared (Latitude 28 and TAKE on Art magazine, New Delhi), interweaving the expressive with the discursive by linking the exhibition to a transdisciplinary anthology.

Adajania has proposed several new theoretical models and has written extensively on the relationship of art to the public sphere, the prehistory of new media art, public art, the biennial culture, and transcultural art practices. She has lectured on these subjects at numerous venues, including the Center for Curatorial Studies at Bard College, Annandale-on-Hudson, USA; Haus der Kulturen der Welt, Berlin, Germany; the 3rd FORMER WEST Research Congress, Part One: Beyond What Was Contemporary Art, Secession, Vienna, Austria; ZKM |Center for Art and Media, Karlsruhe, Germany; transmediale, Berlin; and the Calouste Gulbenkian Foundation, Lisbon, Portugal. In 2013 and 2014, Adajania taught the curatorial practice course at the Salzburg International Summer Academy of Fine Arts, Salzburg, Austria. She is the editor of the monograph Shilpa Gupta (Prestel, 2010) and co-author of The Dialogues Series (Popular Prakashan/foundation b&g, 2011). She was research scholar-in-residence at BAK/basis voor actuele kunst, Utrecht, Netherlands, in 2010 and 2013. She has been juror in the field of Video/Film/New Media at Akademie Schloss Solitude from 2015 to 2017.

»I Believe that I Can Travel to the Stars«: Reflections on the Emerging Organic Intellectual in India 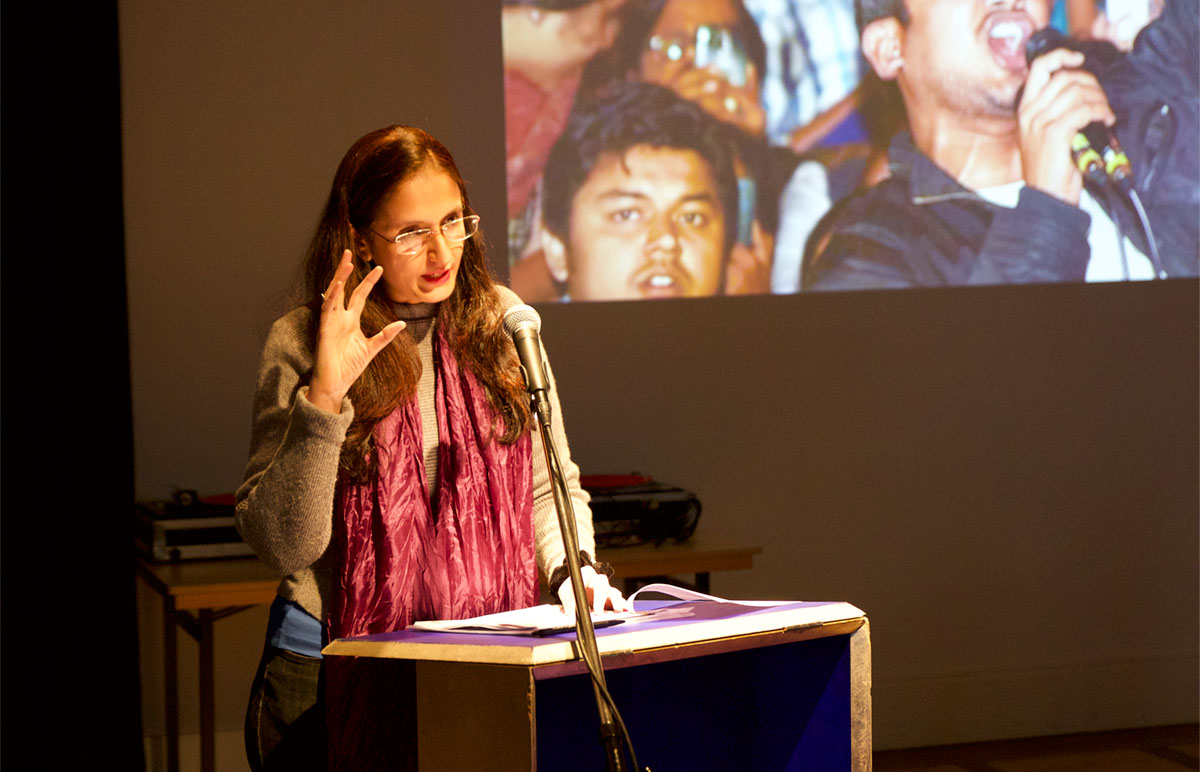