Ulrike Draesner is a German poet, writer of long and short fiction, and translator of French and Anglo-American poetry. She studied English literature, philosophy, and German literature in Munich/Germany, and Oxford/United Kingdom at St. John’s College, Cambridge/United Kingdom, and Balliol College, Oxford; she was awarded her PhD in 1992. Apart from numerous appearances in anthologies and magazines, she has published five poetry collections (most recent: subsong, 2014), two collections of short stories (Richtig liegen, 2011), and five novels. The last one, her groundbreaking novel Sieben Sprünge vom Rand der Welt (Luchterhand Literaturverlag, 2014) was a celebrated success. It develops a chorus of voices telling about the consequences of forced migration in Middle and Eastern Europe from 1939 up to today. Draesner also works as an author of essays on media and cultural change. In 2007 she published a collection of essays on writing and reading titled Schöne Frauen lesen, which was followed in 2013 by a second collection, focusing on the concept of heroism in male writers’ lives and fictions (Heimliche Helden). Her multimedia collaborations include a space poem for Hong Kong and Calcutta, and participation in various Internet projects and video experiments. She has been awarded poetic readerships at Middlebury College, Middlebury, VT/USA; the University of Oxford, Oxford; the Universitiy of Kiel, Kiel/Germany; in Birmingham/United Kingdom; in Mainz/Germany; and in Bamberg/Germany, which were published as Zauber im Zoo/Magic in the Zoo in Spring 2007. She is a professor for creative writing at the Deutsches Literaturinstitut Leipzig, Leipzig/Germany. For her poetry and prose she has received various scholarships (Literarisches Colloquium Berlin, Berlin/Germany; Akademie Schloss Solitude, Stuttgart/Germany; Künstlerhaus Edenkoben, Edenkoben/Germany; Passa Porta, Brussels/Belgium) and literary awards, most recently the Literaturpreis Solothurn (2010), the Roswitha-Preis (2013), and the Joachim-Ringelnatz-Preis für Lyrik (2014). Ulrike Draesner has been juror in the field of Literature at Akademie Schloss Solitude from 2015 to 2017.

Love of ghosts (on a polyglott poetics) 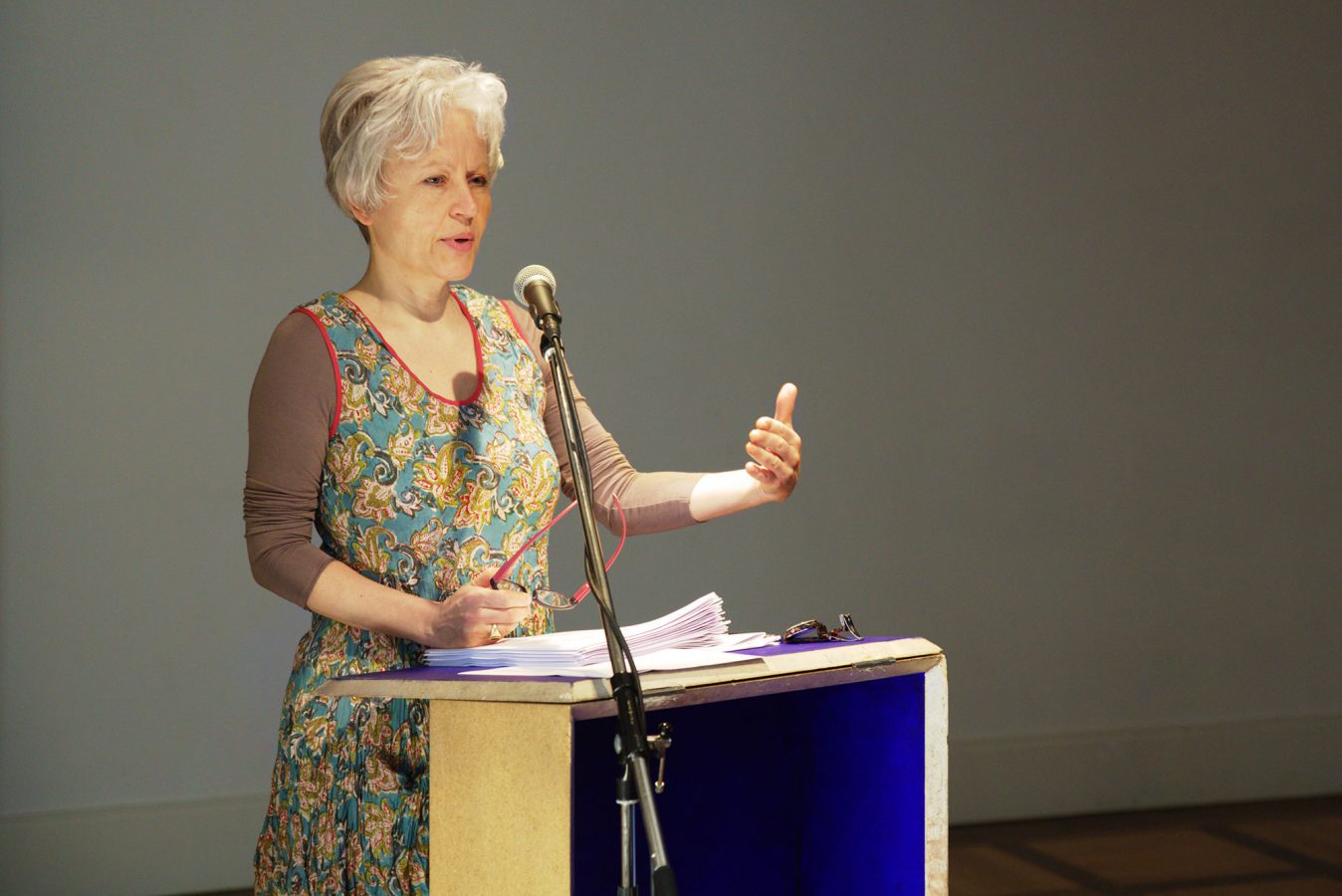