Collaborating since 2004 as Desire Machine Collective, Sonal Jain and Mriganka Madhukaillya employ film, spatial and multimedia installation, video, and photography in their works. Assuming their name and theoretical disposition from Anti-Oedipus: Capitalism and Schizophrenia, a seminal text from 1972 by French philosopher Gilles Deleuze and psychoanalyst Félix Guattari, Desire Machine Collective seeks to disrupt the neurotic symptoms that arise from constricting capitalist structures with healthier, schizophrenic cultural flows of desire and information; as the French philosopher Michel Foucault put it in his preface to the text Anti-Oedipus is an Introduction to a Non-Fascist Life. Drawing on the ideas in this work, Jain and Madhukaillya confront the many forms of fascism that lead to violence and injustice through their practice, both regionally in Guwahati/India and around the world. Their works have been showcased at major international festivals and renowned museums. They were a part of the inaugural Indian Pavilion at the 54th International Art Exhibition of the Venice Biennale, Venice/Italy, and exhibited at Krishna in the garden of Assam: the cultural context of an Indian textile (2016), British Museum, London/United Kingdom. They were nominated for the LUMA Award along with experimental cinema legends Jonas Mekas and Kenneth Anger. Their artworks have been exhibited at the Solomon R. Guggenheim Museum, New York, NY/USA, and at the Deutsche Guggenheim, Berlin/Germany. Over the years, they have created alternate spaces for art practices. In 2015, they where nominated for the Visible Award with their alternate space project Periferry. It is located on a ferry docked in Guwahati on the Brahmaputra River. Working with redundant, dysfunctional spaces, the project has activated a disused ferry and converted it into a space for research and aims to create a physical and virtual public space and public domain for critical reflections. Jain and Madhukaillya have been jurors in the field of Visual Arts at Akademie Schloss Solitude from 2015 to 2017.

n-1, geography and production of subjectivity 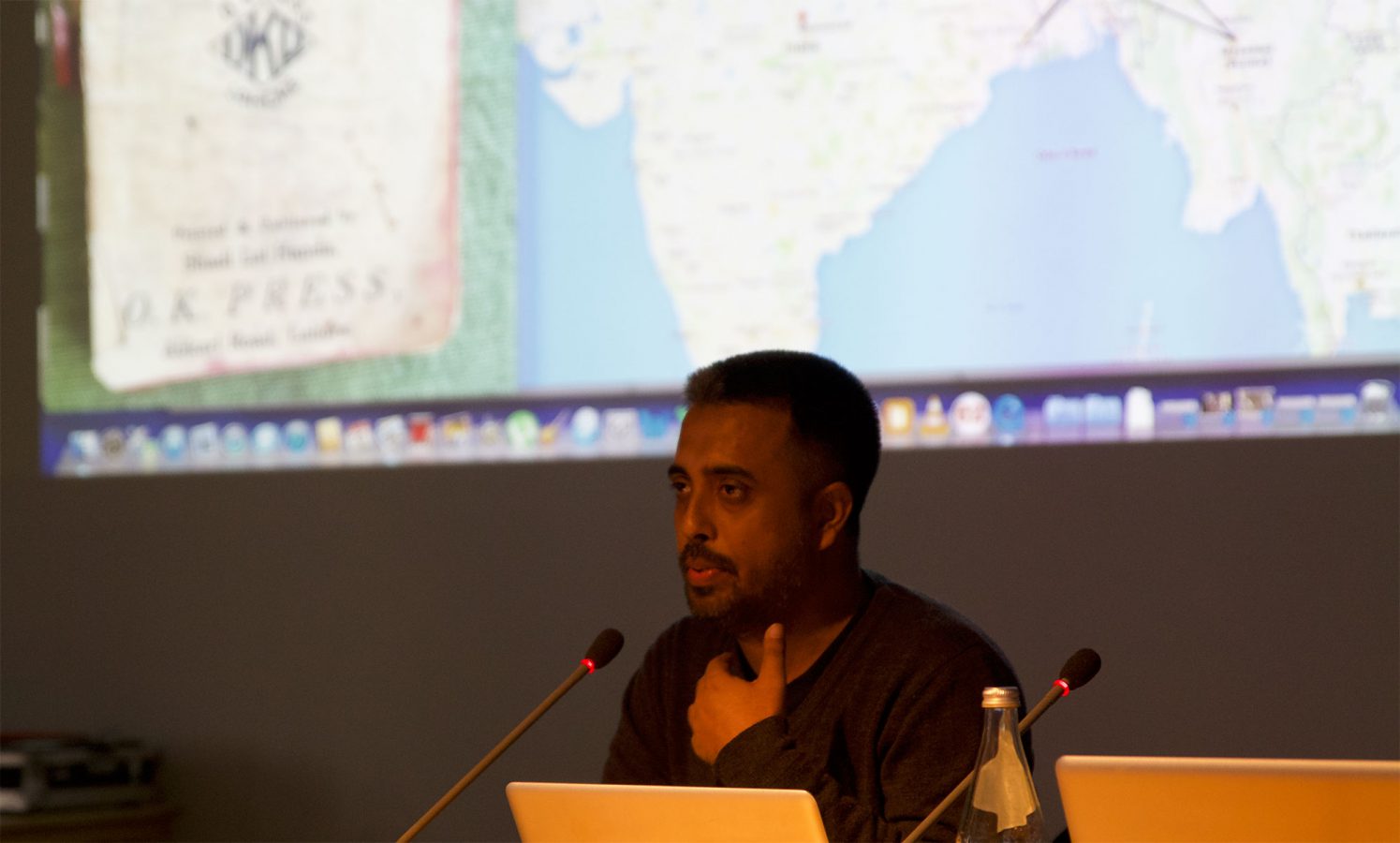