Biographies & the Production of Space

Fourier and Fanon encounter the monument to sub/urban riots? 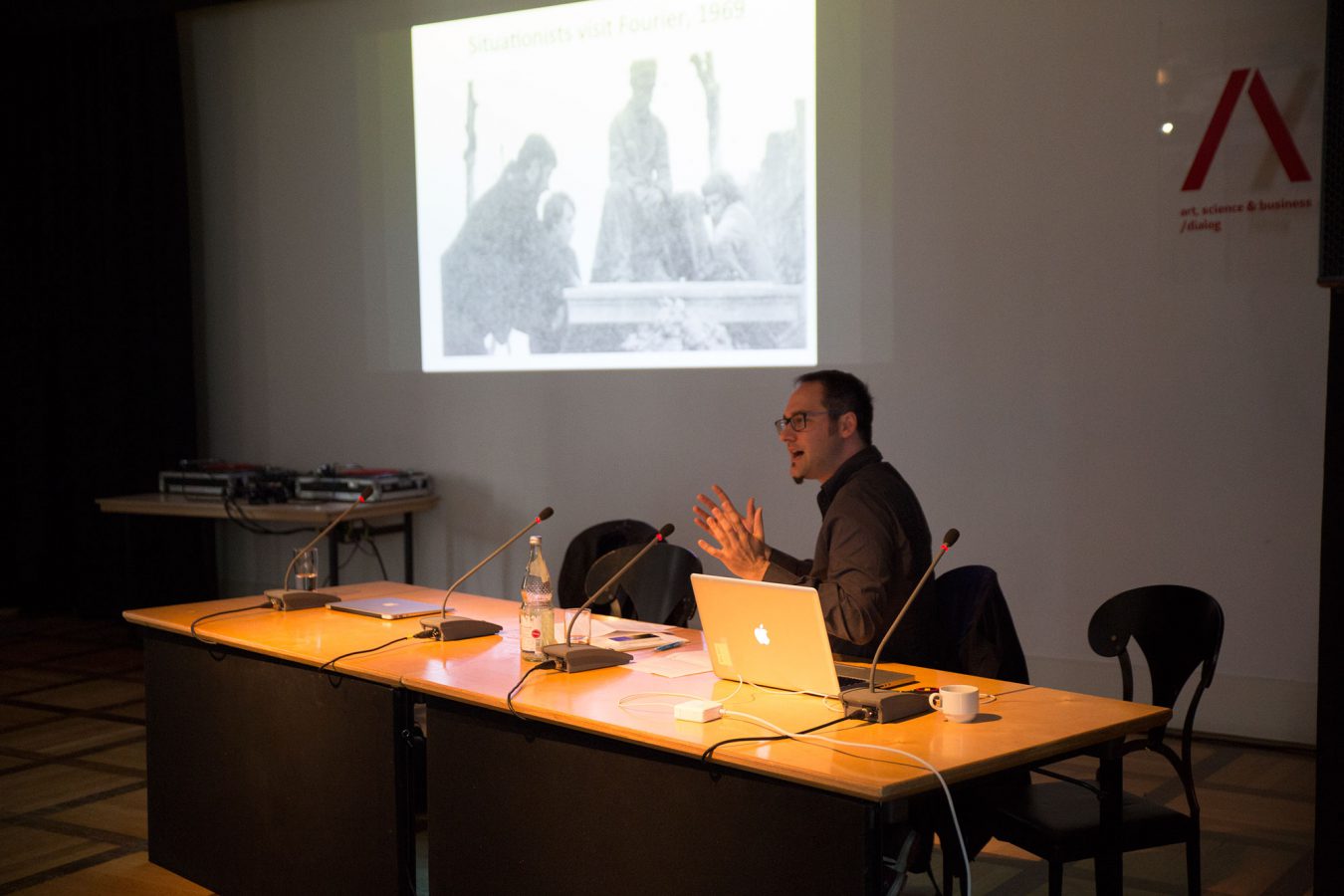 This lecture addresses some aspects from the project (launched at Akademie Schloss Solitude with Niloufar Tajeri) Thinking the monument to sub/urban riots. Kirn speaks of two figures that inspired their work, and whom they attempted to re-appropriate in different ways for the memorial strategy on, of, and about sub/urban riots. As there is no monument to the riots (is there something worth commemorating?), and those excluded from the segregated spaces, the choice was undoubtedly very motivated: Charles Fourier and Frantz Fanon both have very rich biographies and their influence remains on topics as varied as postcolonialism, decolonization, social housing, utopia, socialist experiment, and the politics of violence. In what way can this missed encounter – of Fourier and Fanon on the one hand, and sub/urban riots on the banlieue on the other – be thought? The lecture shall attempt to draw a few trajectories of the afterlife of those figures, and how their core ideas »infected« and »migrated« across space and time. Is there a way to bring the emptied plinth of Fourier, the idea of social housing in former colonies and ex-colonial centers (banlieue), into a closer, productive relationship with Fanon’s irreconcilatory stance of decolonization and lumpenproletariat?